About Our Archdiocese ParishesDiocesan Departments

“The Catholic Archdiocese of Tabora envisions a Holy Spirit filled people of God who are faithful stewards of God’s salvific mission.”

“The Catholic Archdiocese of Tabora is committed to proclaim the Good News in word and deeds as we render our service in solidarity with other stakeholders for the common good of humanity and to the Glory of God.” 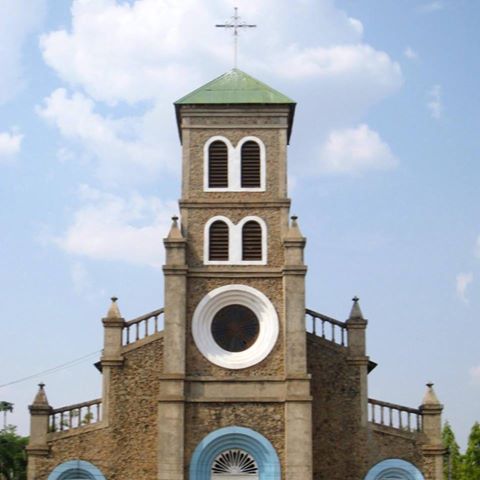 The Archdiocese, Its Boundaries and Divisions

Originally the Mission of Tabora formed part of the Mission of Tanganyika, created in 1878 when the Missionaries of Africa first arrived in Tabora on 12th September, 1878 carrying the message of love with the mission to plant the Cross of Christ in African Soil. It was erected as Pro-Vicariate on 30th December 1886, and became the Vicariate Apostolic of Unyanyembe on 28th January, 1897. The name was changed to V.A. of Tabora in 1925.

The Missionaries, in obedience to the call of Jesus Christ of taking the Gospel to the ends of the world as witnesses in the same vein as the Apostles (Acts 1:8; Mt 28:16-20), made sure that this august task continued by training and forming men and women to work along with them and eventually shoulder it.

The Vicariate of Tabora was dedicated to Mary Immaculate. The document testifying to this was duly signed and placed in the Mother Church, Ushirombo, at the foot of the statue of Our Lady Auxiliatrix, on 8th September, 1910.

When Pope Pius XII erected the Hierarchy in East Africa on 25th March, 1953, the Vicariate of Tabora was raised to the rank of Archdiocese and became the Metropolitan See for the Ecclesiastical Province of Western Tanganyika. Its boundaries have been modified over the years. With the creation of the Dioceses of Singida on 25th March, 1972, and Kahama the boundaries were fixed as follows:

– To the North, it is bounded by the civil districts of Kahama, Biharamulo, Geita and Shinyanga.

– To the South, by the rivers of Limba-Limba and Ugalla. 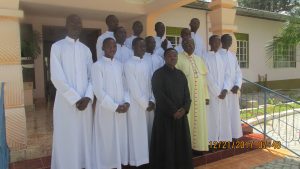 According to Canon Law (Can. 216), dioceses must be divided into parishes. But a decree of the Sacred Congregation for the Propagation of the Faith of 9th December, 1920, modified this obligation, allowing some part of a mission diocese to remain undivided into parishes, provided that some parishes at least are erected.

In Tabora parishes in fact cover the whole territory of the archdiocese, so that canonically there are no unoccupied parts in it.

It should be noted that when a vicariate is changed into a diocese – as was the case with Tabora – the quasi-parishes already existing become ipso facto parishes, but with the proviso that whatever is stated in law of quasi-parishes remains applicable to these mission parishes.

It is the local Ordinary who erects parishes and fixes their boundaries and only he can suppress a parish or modify its boundaries. These boundaries should be fixed as accurately as possible and the seat of the parish, that is, the place where the parish church is built, should be determined. 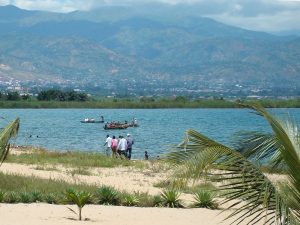 Geographically, the archdiocese of Tabora is located more or less to the centre of Tanzania along central railway towards Kigoma on Lake Tanganyika. It covers an area 76,151 sq. km, equal to that of Tabora administrative region with a total population of 2,291,615 according to the Census of 2012. The Archdiocese has established twenty five parishes and numerous outstations where the faithful gather for worship and other religious activities. The Archdiocese has additionally established and administered many institutions for the promotion of vocations, formation of lay ministers, religious and the clergy for the spiritual good of its people and in order to form citizens of the region guided by Christian moral values. In all these endeavours we are duty bound in promoting and enhancing holistic development. Thus, the mission of the Archdiocese of Tabora is to provide both religious pastoral services for the welfare of the Catholic population within the Archdiocese, and to assist in promoting the common good of all people, regardless of creed, for their spiritual socio-economic welfare.